Laureates College was founded in 2003 by Engr. Foluseke A. Somolu (late) and Dr. Mrs. Olatokunbo A. Somolu. Although both of them are engineers, they have a burning passion for the education of young people from prior forays into teaching which they found a richly-spiritually rewarding experience. Late Engr. Abidemi Foluseke Somolu was retained in his former school, Ibadan Grammar School, after his Higher School Certificate (HSC) by his Principal, the legendary educationist, Arch Deacon Emmanuel Alayande, to teach Mathematics and Physics. He repeated the experience during his long vacation in the university and immediately after graduation. He continued to enjoy the appreciation of his former students whom he used to meet at the meetings of the Old Students’ Association for helping them overcome their phobia for Mathematics and Physics and making it possible for them to later realize their professional dreams. He is a recipient in 1996 of a letter of commendation from the government of Oyo State for his contribution to the development of educational facilities and education generally in the State. He was a voluntary part –time instructor at the NEPA Training School for several years and, later he served as a part-time lecturer at the Department of Electrical Engineering, Faculty of Engineering, University of Lagos, Akoka, where he was appointed an “Adjunct Professor” of Electrical Engineering. Before his death in 2015, he co-authored a book with Engr. Lawrence Amu, titled “The Development of Nigerian Electric Power System (1973-1990)”. 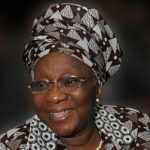 Engr. Dr. (Mrs.) O. A. Somolu (FNSE), for her part, also taught Mathematics and Physics at the Our Lady Of Apostles, Yaba, after her Higher School Certificate (HSC) course at Queens College, Yaba, Lagos. She graduated in 1973 with a bachelor’s degree in Civil / Structural Engineering from University of Lagos, Akoka. She later in 1978 obtained a PhD in Civil Engineering from the University of Lagos, Akoka, thus becoming the first Nigerian woman to obtain a Doctorate degree in any field of Engineering. Then, she joined the services of the Yaba College of Technology, as a lecturer in the Civil Engineering Department of the institution, where she lectured the courses: the “Theory of Structures and Strength of Materials” and “Fluid Mechanics” in the Civil Engineering Department, and later became the Head of Civil Engineering Department. In 1982, she joined the services of the Nigerian National Petroleum Corporation (NNPC) as an Assistant Chief Engineer. She rose to become a Group General Manager (Engineering and Technology Division) in 2003, making her the first woman ever to head an engineering division in the Nigerian oil industry. On her part, she continues to meet many of her former students who are now in responsible positions across the country in the engineering and allied professions. She was inducted into the Nigerian Women Hall of Fame at Abuja in 2007. In 2010, she got an award for being one of the top 50 Nigerian women by the President Goodluck Jonathan’s administration to mark the country’s 50th independence anniversary.

To provide an educational approach that comprehensively incorporates the liberal arts, sciences and up-to-date practical applications , thereby preparing young people mentally, spiritually and physically for the challenges of life

To nurture and inspire children who will love learning, be multi-skilled, practical, and possess the abilities and values to meet the human and technical challenges of our rapidly evolving world; to raise young people with the drive to become successful actors in all spheres of human endeavours.

_Chorus:
Forever we shall excel
With God on our side and our great teachers,
We shall be the best_